We've been bombarded with interest and questions about our new support for 360-degree photos and virtual rooms in Alpha Tracker, Tracker Mobile and the Client Portal. 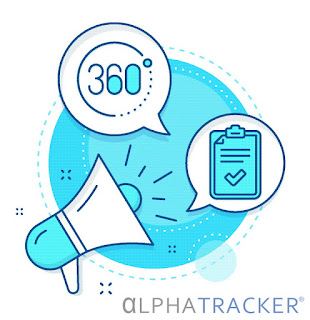 Here are some of the questions we've been asked - hope this helps!

Q: How much will this add-on be in Alpha Tracker?

A: Easy - nothing! We are building this new feature into Alpha Tracker as part of Release 37 (or possibly Release 38, if we don't quite finish it).  All Alpha Tracker clients will have access to the feature without needing to pay for an extra module.

Q: How much are the cameras?

A: On Amazon, the cameras are £350+vat as a minimum.  We think the Insta360 X2 PRO Kit is probably the best value "bundle" giving a surveyor what they need.  At the time of writing, this was £390+vat at Amazon (link here).

Q: Does the camera replace the tablet/smartphone/iPad that the surveyor already has?  Will that equipment need to be replaced/upgraded?

A: No, the 360 camera is an extra, not a replacement.  The surveyor's existing equipment stays exactly the same.

Q: Does the camera "spin" when it takes a shot?

A: No, the camera takes a full 360 image in a few seconds (literally 2 or 3 seconds) without physically moving.

Q: Is the camera taking a video or is it a special photo?

A: It is a special 360 photo, not a video.  Saying that, it looks a bit like a video when you view it in the Alpha Tracker Client Portal because you can spin it around 360 degrees in every direction (up/down/left/right).

A: They are surprisingly small.  In our testing, they are 7MB, about twice the size of a typical "normal" photo.

Q: How long does it take to mark up a photo with the places where samples were taken?

A: Per sample, it takes a few seconds, so a room with only one or two samples would take very little extra time for the surveyor or admin person back at the office.

Q: Who marks up 360 photos to show where the samples were taken?

A: We are working on this aspect now.  It is probably going to be a "back office" function but we are also working to see if we can integrate this into Alpha Draw or Alpha Tracker Mobile.

Q: Does this process integrate with the normal Tracker Mobile process?

A: Absolutely! It is just another part of the normal Tracker Mobile data capture form.

A: No - your choice.  The option will be there in Tracker Mobile to take the photos if you want to, but you can choose on a job-by-job basis.  You will probably want to charge your clients more if you provide them with this sort of technology via the Client Portal.

Posted by Robin Bennett at Start Software at 17:49