We've had 3 calls today from UK asbestos consultancies who have heard about Alpha Tracker and want to see it in action.

This is really good news - we've spent nearly 12 months developing the cloud version of Tracker making use of our experience working with and for the UK's leading asbestos surveying consultancies.

Are you an asbestos surveying consultancy looking to work with the leading software provider in the UK and the UK's most technologically advanced system for automated asbestos surveying?  Call us on 0845 612 2402 to see Alpha Tracker in action.
Posted by Robin Bennett at Start Software at 16:04 No comments:

We're recruiting again - can you help?

We are currently looking for staff in the following roles:

Are you interested or do you know someone who is?

Posted by Robin Bennett at Start Software at 08:12 No comments:

Start Software's most bizarre competition yet...

... guess the flavour of the sweets and win a helicopter!

We've got a display stand in the reception area of our Telford development office this week and to encourage people to take a look at our marketing material we're offering a remote control helicopter as a prize.  The competition is to guess the flavour of our Christmas sweets (yes - they were that bad it wasn't obvious at all!) so if you had some from us, or are passing our Telford office, have a go!

Entries need to be emailed to Kim (kim.evison@start-software.co.uk) this week. 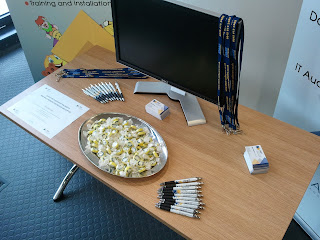 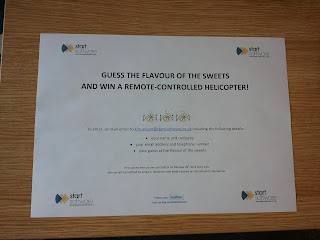 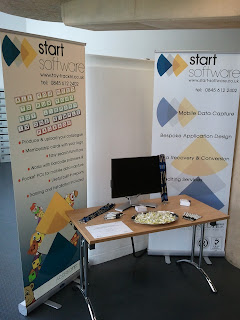 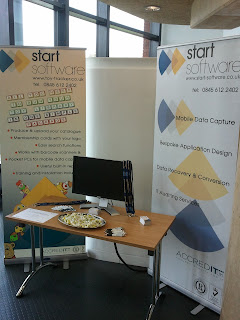 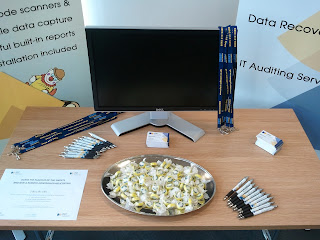 Posted by Robin Bennett at Start Software at 10:58 No comments:

Tracker Web Server has been updated.  This is a minor change release with an option to suppress the "active" site names (where site names become clickable hyperlinks on lists of projects and sites).

The new setting name is "{Client ID} make site name active link".  The default is "Yes" - switch it to "No" to stop site names being active.
Posted by Robin Bennett at Start Software at 16:53 No comments:

Are your staff making the most of Tracker?

I was on site at a favourite Tracker client this week helping them with some bespoke software developments to their Tracker management system for asbestos consultants.

The client has used Tracker for years and the staff I met had all used Tracker at other businesses and so were experienced users.  But... it was amazing that they didn't know some of the most useful Tracker shortcuts and tips which would save them hours every month.  Why would they know if no-one had ever told them?

It is really important that all member of staff read the first chapter of the Tracker manual if nothing else.  You can find this first chapter here: http://start-software.com/app/download/5787476648/4TUG1-Introduction+v2-18.pdf

All of the manuals are available for download from our web site here:http://start-software.com/support/manuals/tracker/ 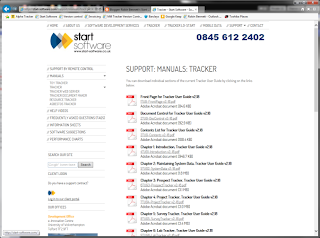 Posted by Robin Bennett at Start Software at 14:54 No comments:

Posted by Robin Bennett at Start Software at 14:43 No comments:

When did you last check your backups?

Our Quality Manager Kim and I realised at our last Quality Meeting that we hadn't done a backup/restore rehearsal lately to check that our main office server backups were working as we thought they were.

We have a professional daily backup routine (as you'd expect from an IT business!) and we check the backup logs weekly at least to see that everything is running as we expect.  We even have redundant backup drives and a spare server ready for the worst case situation - a complete server failure or theft/fire.


The problem is that Microsoft have changed their backup software recently and so backups taken with the older software can't be restored using the new one.  Despite trying all sorts of fixes, workarounds and Microsoft-suggested procedures the backup refuses to restore properly.

We've now changed backup software so that we don't have this problem again but thank goodness we'd tried the rehearsal now (when we weren't in crisis with a server down) rather than later when we were!

This underlines a truism in IT - backups are not worth anything until you've actually tried to restore data from them.  If you (or your IT manager/support company) haven't run a trial restore lately don't delay or else you too could find that you too have a useless backup when disaster strikes and you need it.
Posted by Robin Bennett at Start Software at 12:28 No comments:

This is a performance and stability release with particular improvements reading invalid or corrupt photos and/or notes when displaying site and building registers.

Please contact the office if you would like this update.
Posted by Robin Bennett at Start Software at 15:20 No comments:

We answered 206 customer queries in March and 95% of them were answered before the deadline agreed with the customer.  That's not quite as high as normal but still pretty good for another busy month.

We've also been analysing how many problems we solve "stay solved" as we know how annoying it is when we say that a problem is fixed and you find that it isn't: 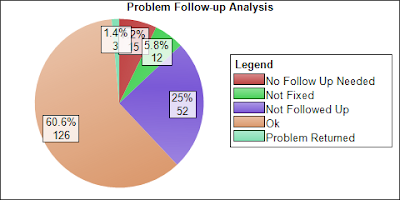 Finally, we also record the root cause of the problem to see how we can reduce the number of issues that you have to call us about and improve the underlying quality of our software: 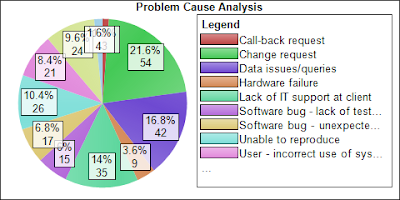 If you would like any more information about our support service performance and how well we do for your support & maintenance contract, please do let us know.﻿
Posted by Robin Bennett at Start Software at 12:45 No comments: